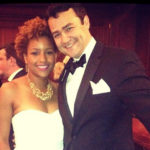 Joshu and Marleny met online in 2011. After a potentially disastrous first date, they hit it off and eventually got married in 2014. They now live in Philadelphia's Fishtown neighborhood. Joshu is white and Marleny is black and was born in the Dominican Republic. She grew up speaking Spanish the fact that Joshu is a fluent speaker helped him quickly and easily integrate into … END_OF_DOCUMENT_TOKEN_TO_BE_REPLACED 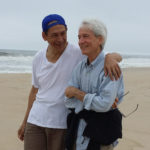 Len and Fernando met and started dating in 1981 but they didn't get married until 2014, over 3 decades later. They literally fought for the right to marry; they were among several LGBT couples who were plaintiffs in the lawsuit that resulted in the legalization of same-sex marriage in Pennsylvania, a year before the US Supreme Court decision on marriage quality. Len is white … END_OF_DOCUMENT_TOKEN_TO_BE_REPLACED

﻿ 2017 marked 50 years since interracial marriage became legal across the United States. Over the course of the year, … END_OF_DOCUMENT_TOKEN_TO_BE_REPLACED