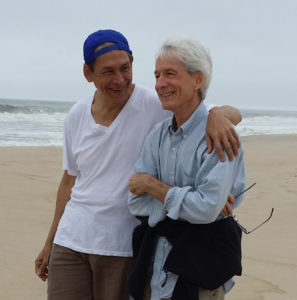 Len and Fernando met and started dating in 1981 but they didn’t get married until 2014, over 3 decades later. They literally fought for the right to marry; they were among several LGBT couples who were plaintiffs in the lawsuit that resulted in the legalization of same-sex marriage in Pennsylvania, a year before the US Supreme Court decision on marriage quality.

In this episode of the Loving Project podcast, Len and Fernando discuss what its like to be part of a multiracial, multicultural family; how their differences enrich their lives and relationships; and why it was important to them to get involved in the fight for marriage equality.