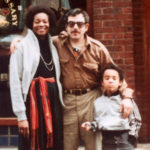 Christine is black, and grew up in Glassboro, NJ; while Steve is white and was raised in Philadelphia, PA. They met in Philadelphia in the 1960's against the backdrop of the civil rights and Black Power movements. They made their home in the city's Powelton Village neighborhood, which had a strong counterculture community. Later the couple moved to New York City, where they … END_OF_DOCUMENT_TOKEN_TO_BE_REPLACED 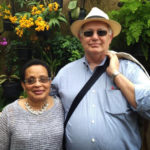 Florence and Ed met in the 1960's in Nashville while they were in college - Ed at Vanderbilt and Florence at Fisk University. They began dating after getting to know each other as co-facilitators for the Upward Bound program and got married in 1968, just over a year after the Loving v. Virginia decision. They have two adult sons and a granddaughter. In this episode of the … END_OF_DOCUMENT_TOKEN_TO_BE_REPLACED

﻿ 2017 marked 50 years since interracial marriage became legal across the United States. Over the course of the year, … END_OF_DOCUMENT_TOKEN_TO_BE_REPLACED